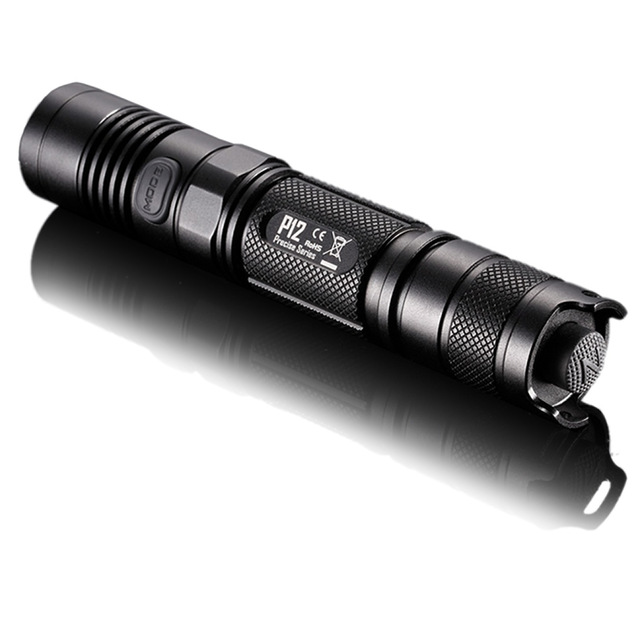 The Nitecore P12 flashlight has been tested by The Gear Guys over the past two years and has proven itself worthy very many times.  We have used and abused this flashlight while hiking in the woods, walking on a sandy beach, walking on a frozen icy beach, while freezing during a winter camping expedition, and many other times.  Every time we have used this flashlight, it has proven to us that it is an amazingly powerful flashlight.  Running off of one 18650 or two CR123A batteries, this flashlight packs an amazing 1000 lumens into a relatively small body.  It has five different modes – moonlight (1 lumen), low (70 lumens), medium (240 lumens), high (1000 lumens), SOS (1000 lumens), and strobe (1000 lumens).  The flashlight has a maximum burn time of 520 hours on the lowest setting.  The Gear Guys have found the light to have a fairly decent amount of burn time while using generic rechargeable batteries.  The only issue that we have found is that it does have a much more limited burn time on the higher settings when the flashlight and batteries get cold during the winter.  We are not sure if this limited burn time is solely due to the generic batteries becoming too cold, or if it has to do with the flashlight electronics as well.  We have found this light to be incredibly bright, as well as to be able to throw light an impressive distance.  The light is easily able to illuminate a 100 foot wide waterfall that is 150 feet away from us.  The flashlight operates using a push button on the tail of the light to turn it on and it is then switched between modes using a button on the side of the body of the light.  The light does remember the mode that it was last in when it was turned off, and it will turn back on to that same mode next use.  The flashlight comes with a Molle compatible holster, extra O-rings, a detachable pocket clip, a detachable lanyard, and a “tactical ring” which is a ring that can be placed between the tail cap and the main body of the flashlight to increase grip on the light.  Nitecore does offer accessories to allow this flashlight to be used as a weapon light (rail mounting system as well as a different tail cap that has a finger switch that could be placed on a trigger), although we think that this light would be a little large to be used as a weapon light.  The flashlight has a power indicator built into the body that will flash once every two seconds when the battery is at 50% and will flash constantly when the battery level gets very low.  Overall, this has become our favorite flashlight and we would highly recommend this light, as well as the Nitecore company. 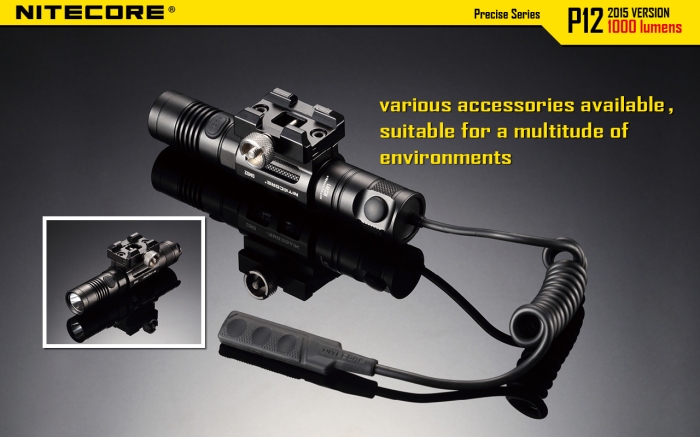 This site uses Akismet to reduce spam. Learn how your comment data is processed.

Follow The Gear Guys on WordPress.com
Join 114 other followers